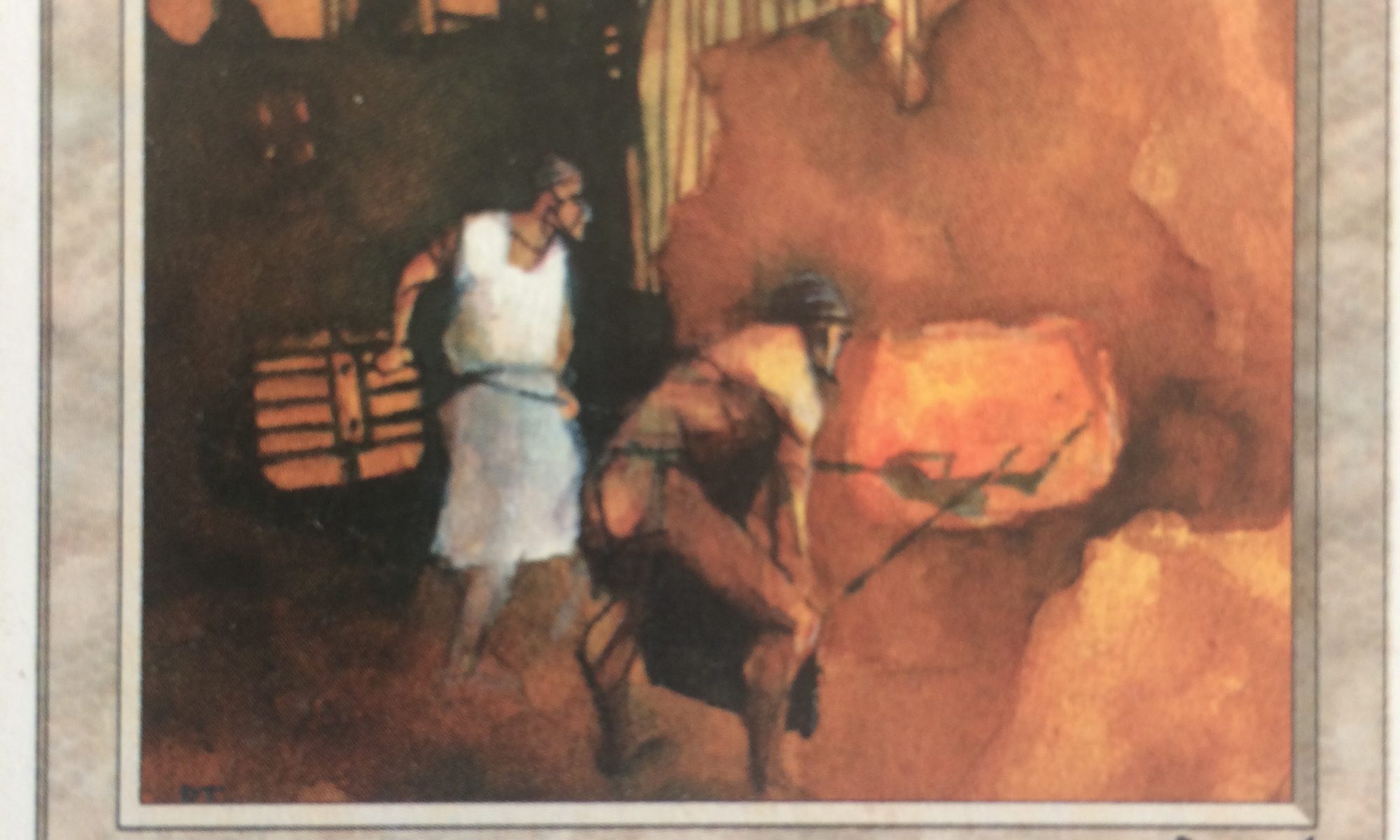 Only 8 players defied the hot weather and starting holiday season and gathered for the 4th edition of Miracle Worker Cup, but the atmosphere was all the better.

No wonder it was one of the 2 mono white weenies that went straight to the finals, only to meet its nemesis in shape of an all new atog version, dubbed orc-atog. But first things first.

My first match was a mirror: as I had never ever played mono white armies in tourney and needed a deck that would harmonize with the beer count I opted for a brew that featured Lions, Javelineers, Knights, Orders and Thunder Spirits, assisted by the all potent white removal suite.

Clashing with Manuels White Weenie proved to be a tough match, winning the first game thanks to my Armageddon and losing the second due to his Serra Angels, I finally won and would say the Javelieers and Aeolipiles made all the difference.

Getting to match-up number 2: Dominik came up with a mono red budget Atog deck we didn’t see in the local community so far: besides the usual suspects Atog, Ankh, Copper Tablet and Black Vise he had playsets of Meek Stones that stopped my Knights on Crusade as well as Orcish Mechanics who would join the Atogs eating artifacts to shoot 2 damage. I never would have thought that a White Weenie might suffer that much from 1st round Black Vise, and every threat I dropped was either burned with Bolts, shaken by Earthquake or shot by the Mechanic. 0-2 it was.

Round number 3 was a combo-deck for a change, and one that won the Most Creative Deck award this time: Chris came up with an eccentric Twiddle Vault brew that dropped Howling Mines, searched for his Twiddle and together with Time Vault would go for extra turns thanks to Regrowth and 3 Recalls, to drop so much Mana that a big Fireball does the thing. Whereas his combo match-ups gave him enough time to assemble some extra turns, the match-up against my White Armies was hopeless: overrun in no time. 2-0

In my last Swiss round I had the honor to meet with Tobstar – the other candidate for Most Creative Deck: he built a whacky three color singleton deck that is beyond strategy and plan, assembling everything that goes. Although featuring some Flyers and all removal that is possible he had no chance against the White Armies, but we definitely had the most suspense when he was on 1 life point and managed to top-deck handle all my threats for 10 rounds, until I dropped my beloved Javelineer and his Demonic Tutor wouldn’t find an answer in all his remaining cards.

And then after 5 hours of Old School Magic the re-match in the Final against the Orc-Atog proved what was all too clear: in the future White Armies will need Repentant Black Smith instead of White Knights to survive the match-up. Dominik from Bamberg took home the 4th Miracle Worker trophy and showed us that Budget Old School can dominate even a fully powered proxy environment and unpowered Atog is definitely worth a try; congrats mate!

Other decks to mention:

The 3rd place was Moritz who brought his beloved Millstone deck. Starting with Ivory Towers to defy early aggression, once he would assemble his Field of Dreams – Millstone lock his adversaries notoriously conceded. A wise decision as it can be quite frustrating to see all your threats and your library steadily milled away.

Number 4 in Swiss standings was Sebastian, who came up with a three color Zoo deck that flooded the board with Apes, Pixies and Lions before burning his opponent. Pimped by Land Tax, Sylvan Library and Bazaar Sebastian proved that you can go without Blue Power and still have a blast.

Last but not least there was Axel who brewed a Candelabra High Tide Fireball combo deck, going for crazy Time Twister turns and assembling so much mana that once he managed to cast a 45 damage Fireball. Yeah, that’s what we love about Old School Magic.

Cheers and stay tuned for the next Miracle Worker Cup in Autumn 2019.