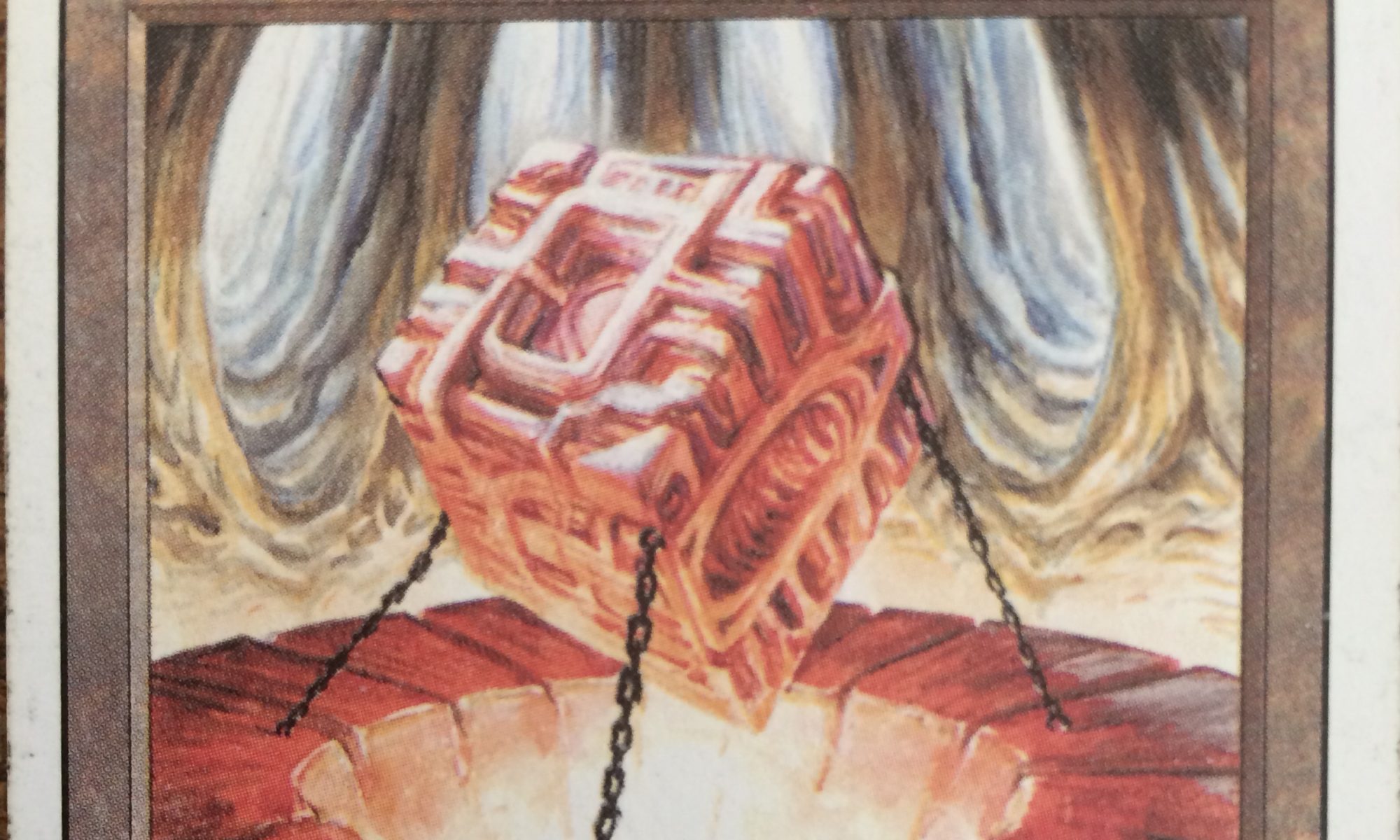 Old School Magic is for everybody, but many people shy away from the format thinking they must invest some 7 to 10.000 bucks to build a decent deck. Let’s be frank: while playing the Power9, LoA and the like may give you a natural edge (and a lot of fun), it is by no means the conditio sine qua non for an initiation into the world of Old School Magic.

So before swapping your retirement plan from stocks to Black Lotus (and feeling reluctant to play it for fear of card loss/damage), the authors of this blog encourage budget deck building to attract more MTG players to this charming format. As a matter of fact – if technically possible – we will always try to show a budget alternative when we discuss a deck in our Decktalk blog posts. And for a start we will show how you can quite easily replace (or handle) most of the power cards and still build a competitive deck:

Black Lotus, the most expensive and iconic of all Magic cards… okay let’s try to put the fascination and buzz aside, we know it’s hard to do, but let’s have a rational thought here: yes, a first round Lotus plus land drop can basically be enough to win a game, but at its base a Lotus is a bigger Dark Ritual with open colour choice, so it’s a huge ramp into something big or a play to diversify your spells.

On the other side if a Lotus is drawn at a later stage sometimes the same play might eventually be replaced by a Mana Vault that had been played one round earlier. So basically it’s round two ramp into Juggernaut instead of first round Juzam Djinn, and it’s the same when it comes to boost your Fireball or Mind Twist.

Yeah, most of the times it is far from equivalent but we recommend players to replace Lotus with Mana Vault in a budget deck.

Again, let’s put the fascination aside: after all a Mox is a land that doesn’t count as a land. Thus it will always be a great first turn to play land and Mox to go into White Knight, Sinkhole, Hymn… Fellwar Stone is just no alternative here and just loses when compared.

But when we assume your Mox shows up in turn 5 it’s a different story and a land will do the same job. Fellwar stone might or might not work here, depending if you share the colour with your opponent, so in the end our budget players don’t really replace a Mox with Fellwar Stone, and we recommend players to replace Mox with Land, especially when building an aggro deck

A lightly played Juzam Djinn cost under 300€ a couple of years ago. In 2018 you must pay over 700€ for the same condition. Something is very broken in the market, and there are even rumors that a bunch of people are cornering the market by buying all available Juzams outright to increase the value. So most of the Old School Players who want to build a Mono Black or Machine Head Deck, will never be able to afford a Juzam.

Here comes his little nephew Juggernaut, and he has some good aspects indeed: Juggernaut is The Abyss, King Suleiman, Protection from Black and CoP: Black prove while Juzam is not, Terror won’t remove him (same as Juzam), as an artifact he is totally mana flexible – and he costs a fraction from what you pay for his big Black Uncle.

Of course Lightning Bolt and Disenchant will kill him, and a White Knight in Crusade will stop him, while he must attack, but overall we think he is a good replacement for the Djinn.

Other Posh versus Budget replacements

Playing Ancestral Recall gives a huge advantage or brings you back in the game after a Hymn or Mind Twist. It is one of the greatest top decks and maybe the most iconic one drop. It is the perfect reason to play or at least splash blue in every deck, so you can be pretty sure to meet Ancestral Recall more than once in tournament. Thus for a budget player, we recommend to main deck Fork and/or Red Elemental Blast in order to participate in the card spree –  or just counter it.

„The Library wins games“, is the laconic answer you always hear after being beaten by an early LoA play. It is next to impossible to catch up with a talented player who knows how to use it. That is exactly the reason we recommend budget players to build some LoA insurance in their decks, i.e. a couple of Stone Rain, Blood Moon, Sinkhole, Ice Storm, especially in the European Old School formats where Strip Mine is restricted.

It is not a prerequisite to own the Power9 in order to succeed at Old School Magic. Although it is much more fun and you feel so mighty potent with a Mox and an Ancestral Recall in your deck, we have seen budget Goblin decks smash the choreography of The Deck with as much fun and potency. Budget players might always feel a bit handicapped, but the satisfaction resulting from a won match against some power player is a far bigger reward.